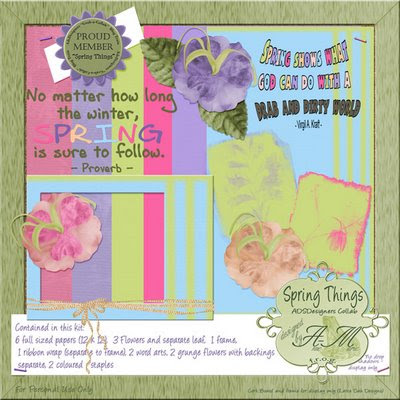 This blog train has now finished but if you really like the look of this mini kit I created please leave a message with your email address and I will send you a link to download it.

Birthday Overlay -- my first Freebie to give away 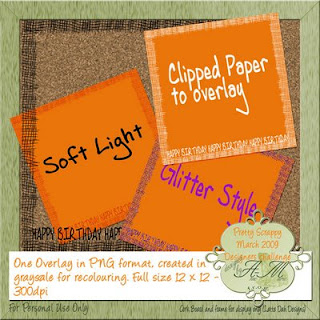 This month I have taken part in a Designing challenge at Pretty Scrappy to design a Birthday Overlay. This was my first ever time of designing an overlay and I enjoyed it so watch out for more in the future.

Here is the preview showing three ideas of what you can do with the overlay. If you click on the image you can download the overlay using the password: overlay

If you grab my freebie, please take the time to add a comment here on my blog, thanks.
Posted by Anne-Marie at 11:22 AM 5 comments:

Featured Artist this week over at Faith Sisters. 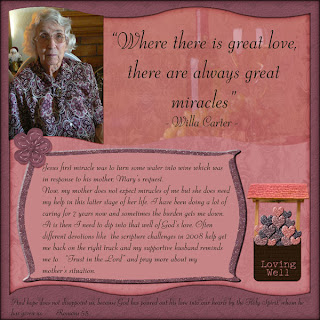 What a surprise today to discover I have once again had a layout featured at Faith Sisters.
Because the artists there are so very talented I thought this would never happen to me so I am thrilled.
This was a special layou to do as it is about my elderly mother.

The kits used are both called "Loving Well" - one by Kreative Karma and the other by Lifesong Creations
Posted by Anne-Marie at 9:00 PM 2 comments:

Third Layout to be Featured at Faith Sisters in January 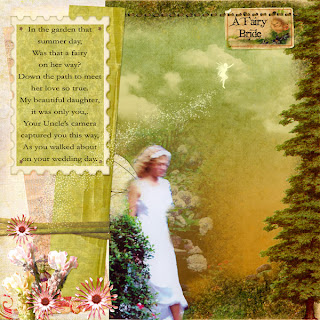 This was such a fun layout to put together.
The poem was written by me. The layout was for a challenge at Colorline Designs and was for their Art Challenge. We were to look for inspiration from the Fairy paintings by Cicely Mary Baker and most of her fairies has poems with them which is why I decided to write my own poem.

This was a photo I had for a long time wanted to do something with. My brother did not have a digital camera and did not know until it was developed that the photo looked like this. Most people seeing the photo said how Ruth looked like a fairy. So I turned her into a fairy by adding the wings and the setting.
The main background paper is from RaspberryRoad Designs. Most of the other items are from a kit called Fashion Fairy by Ikscrap
Posted by Anne-Marie at 8:52 PM No comments: 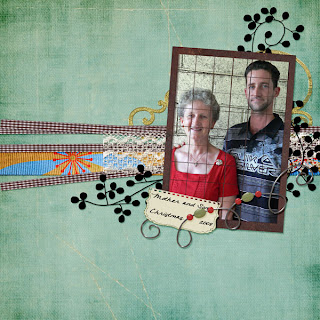 This was the second layout I had featured at Faith Sisters and was a scrplift of a layout called "I Love You" by Gonewiththewind.

I also used the layout for a colour challenge at Nuts 4 Digi and most of the papers and embellishments come from Challenge prize kits at Nuts 4 Digi.
Posted by Anne-Marie at 8:48 PM 1 comment:

Featured Artist for three week during January at Faith Sisters 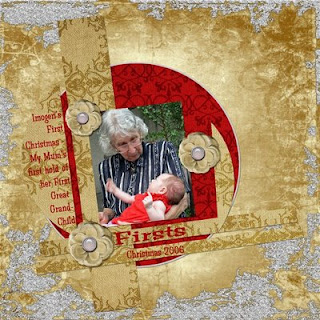 This was the first Layout which gained me Featured Artist at Faith Sisters.

This was a layout for Creative Team work for Scrappin Out Loud and I used a kit called Christmas Past by Secret Garden Creations.
Posted by Anne-Marie at 8:43 PM No comments:

The Charity Kit I took part in: " For Tuesday" is going to have the price lowered as it is not selling as well as hoped so please pop over to Faith Sisters in a day or so and it should be available at a more reasonable price.

Posted by Anne-Marie at 6:43 AM No comments: 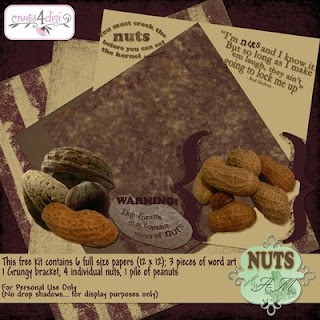 Here is the preview of my second go at designing and this is a Free Kit available at Nuts 4 Digi.

Hopefully if you click on the image it will take you to the store where you can obtain this fun kit.

Now if you are up for a challenge join the forum at Nuts 4 Digi and take part in my Member Hosted Challenge for March.
Posted by Anne-Marie at 3:10 PM 4 comments: 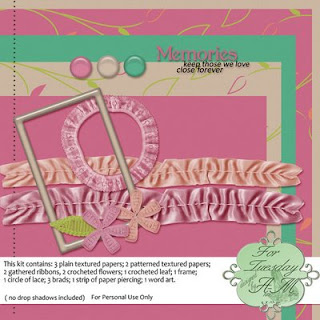 Sorry, but I am all new to this and my link to the image did not work before.
Posted by Anne-Marie at 3:04 PM 1 comment:

Posted by Anne-Marie at 3:03 PM No comments:

This is my part of a charity kit for a family who recently lost their little girl named Tuesday to cancer. You can purchase the HUGE collabrative kit at Faith Sisters... go to the list on the side of my blog.

This was my first attempt at Digital Designing which I did enjoy and has got me just a little bit hooked on designing. But this will only ever be for charity kits, giving away here on my blog and free kits available at Nuts 4 Digi..... will share one available there now in a later posting.
Posted by Anne-Marie at 2:59 PM No comments:

Welcome to my Blog

Use of Vesi Designs CU Products by personal permission only.

Logo is linked to her store where she also sells Personal Use Products.

Use of Chelle's Creations CU Products

Anne-Marie
Arts and crafts have always been a love for me. I have been addicted to rubber stamping for making greeting cards since 1992, now I am also addicted to Scrapbooking which happened in September 2006. Then in February 2008 I discovered digital scrapbooking and hardly ever do any paper scrapbooking now. I also enjoy altered art and if I had the time I would like to paint. I like to use my art to share my love of the Lord Jesus when I am able to.